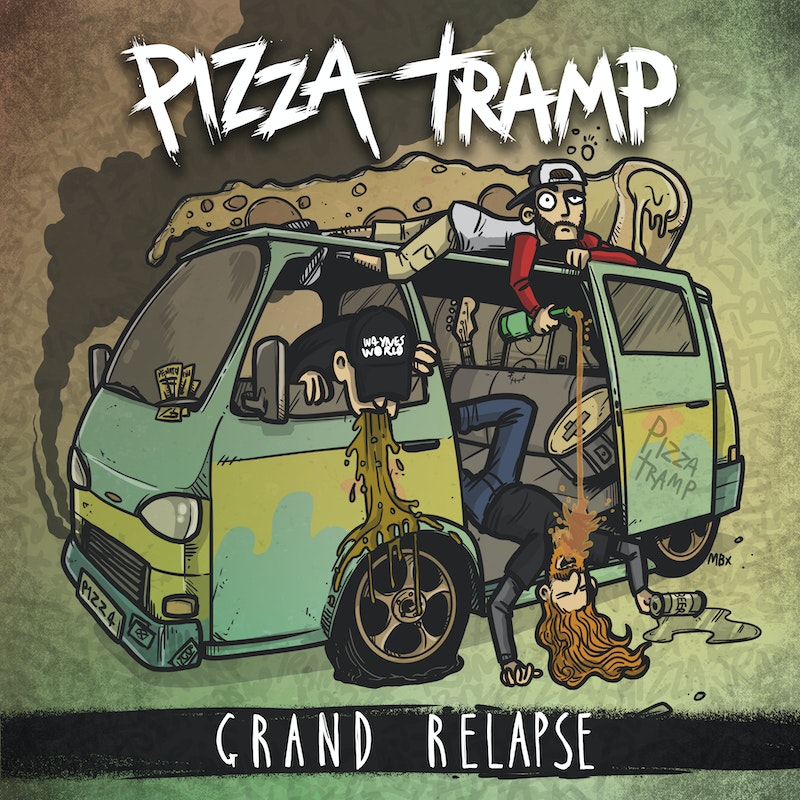 Frequenters of UK DIY gigs know who Pizzatramp are and chances are they love them. One of the leaders of the DIY scene they have built a strong following for their no nonsense fast thrash-punk noise and manic live shows.
Discussing the album, guitarist and vocalist Jim said: “This album tackles the cult of Scientology, the dangers of taking pills on school nights, the stupidity of white racist scum, the systematic destruction of the NHS, the mindless hell of working rubbish jobs and a load of songs about hangovers, comedowns and drinking.”
“Pizzatramp make out that they’re a shambolic, pissed up mess. They’re not. Well, they may well be to be honest, but that doesn’t stop them being a fucking incredible band.” Shout Louder
“Pizzatramp deal in stupidly fast thrash punk songs about drinking, hangovers, working class life and more drinking, as well as more serious topics like racism and the NHS. All this is delivered at 100Mph, as 15 tracks in 25 minutes will attest to.” Colin’s Punk Rock World
:
plus shipment
Weight:
Product currently not available