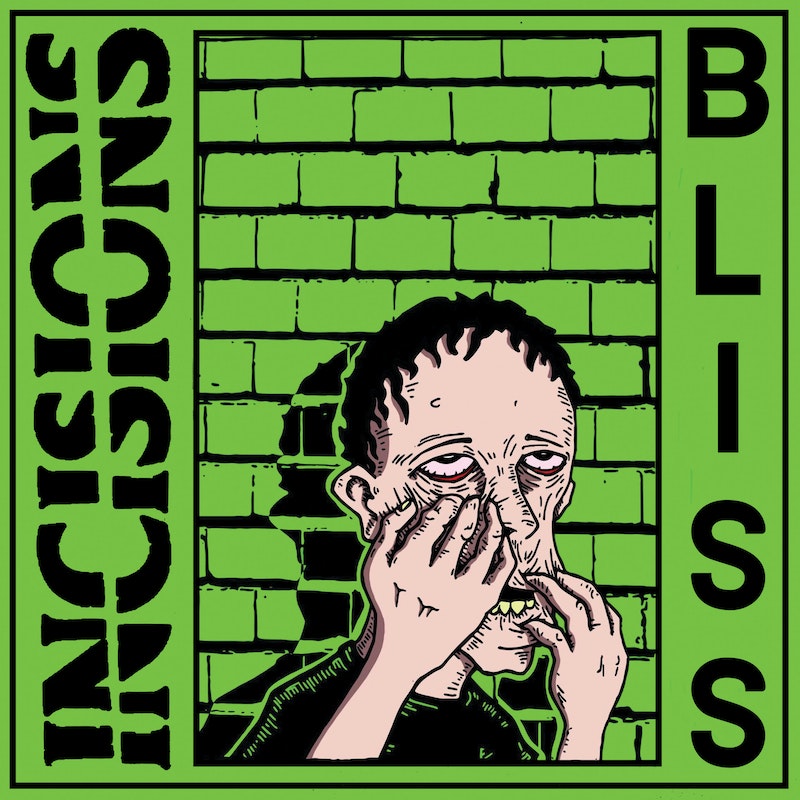 This is what being a young, working class punk in the North of England sounds like. Dragging 80s American hardcore through the streets of Manchester with tales of love, lust, liquor and rage.
Formed in 2015, Incisions have released 3 EP’s, a split with Pizzatramp, 2 LP’s and played alongside Poison Idea, D.O.A, Adolescents and Drug Church to name a few.
‘BLISS’, released in 2020, sees the band expand into new territory, fusing levels of crust and noise rock guitar to their 80’s hardcore influences. The result is an uncompromising record from a band showing a willingness to develop their sound and embrace their wider influences. The lyrics harness the disdain of disenfranchised working-class life whilst the music is drenched in thick layers of distortion being propelled forward by a ferocious rhythm section. ‘BLISS’ is an unforgiving 20 minutes of UK hardcore at its best.
“This is pretty much like having the living shite kicked out of you on a terrible night out whilst Poison Idea rip through a set and then proceed to piss all over your broken and battered twitching body as you lay helpless in the gutter. Feral, mate.” Apathy and Exhaustion
You can also get their debut album here.
Weight shown for shipping purposes only.
:
plus shipment
Weight:
Product currently not available