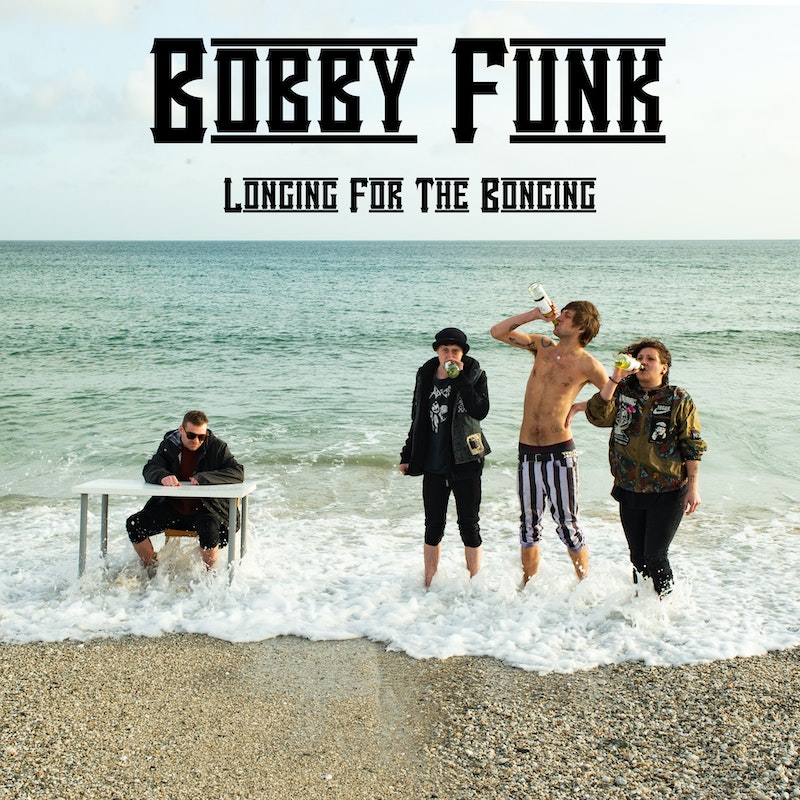 Bobby Funk started out in 2014 as an excuse to get drunk and yell at people. Several years later not much has changed.
Fast paced, energetic songs and tongue in cheek lyrics are what we’ve come to expect from Bobby Funk and this release does not disappoint.
“When I have an idea for a song, if it doesn’t make me laugh, I won’t bother writing it” explains Ollie (vocals).
The lyrics, being funny and amusing, only add to your enjoyment of the music. This is just a brilliant album which will have you grinning from ear to ear....and everyone needs an album like this in their life.
“Bobby Funk are a much needed snotty, punk rock shot of adrenaline fueled attitude and ridiculously catchy songs about all of the things that shouldn’t, but really do, matter.” – Mass Movement
“I came into this album expecting good things and I wasn’t disappointed. In fact, I found myself enjoying this album a lot more than I originally anticipated. 9/10” – Rock Freaks
“this is an album that should be preserved in formaldehyde and wheeled out in years to come as a document of the eccentricity, fun, excess and creativity of the UK’s underground in these increasingly strange and alienated times” – tonkojeff.wordpress.com
“Irresistibly idiosyncratic and will leave you grinning like an idiot.” – The Punk Site
:
plus shipment
Weight:
Product currently not available